Explorations and adventures of sailing and living aboard.

Ramsay Hot Springs. I’ve been here before, but it was well worth the return. Plus, it had been almost 2 weeks since my last shower. It was a two night anchorage as I planned a rest day here also. The first night I went in at 9pm and got the place all to myself, which is mostly a lucky break. I got to do a bit of au natural. The second night there were a group of hikers partying at the springs which made it not quite so serene, so that was a quick shower and soak. No matter, I had my time.

Note: You really don’t want to visit the springs between 8am and 6pm because the Tofino tour operators are bringing in hordes of people on tour boats during this time, with their cell phones and what not. (Unless you’re into that sort of thing.) The hot springs just aren’t that big and can only comfortably accommodate maybe 6- 8 people before it starts to feel crowded. Bring your boat and anchor out or camp so you can go early in the morn or late at night.

Pedro gets a Bath and yes, then a Shave. 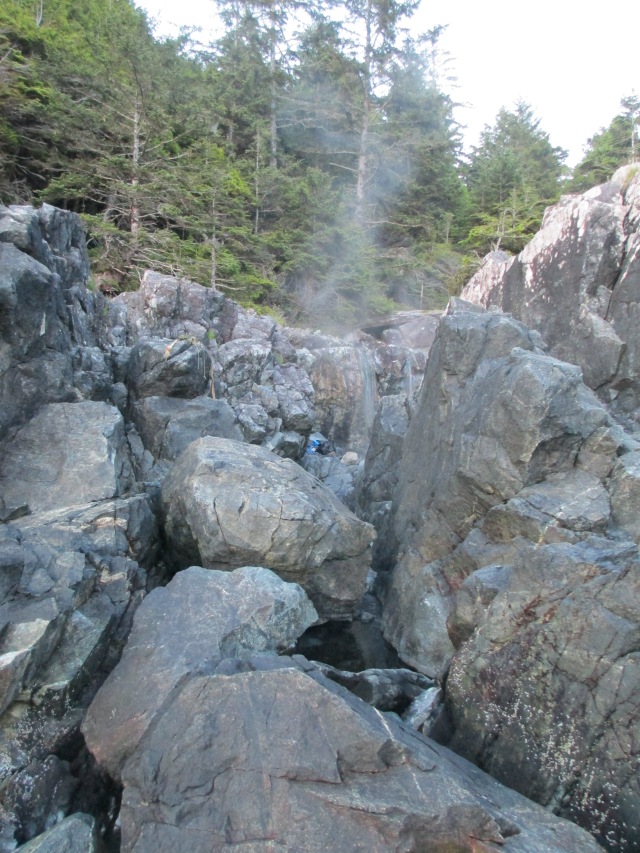 The View in the Other Direction.

← Wonderful Cove and Wonderful People
Back in the USA →