A Flicka Goes to the Sunshine Coast 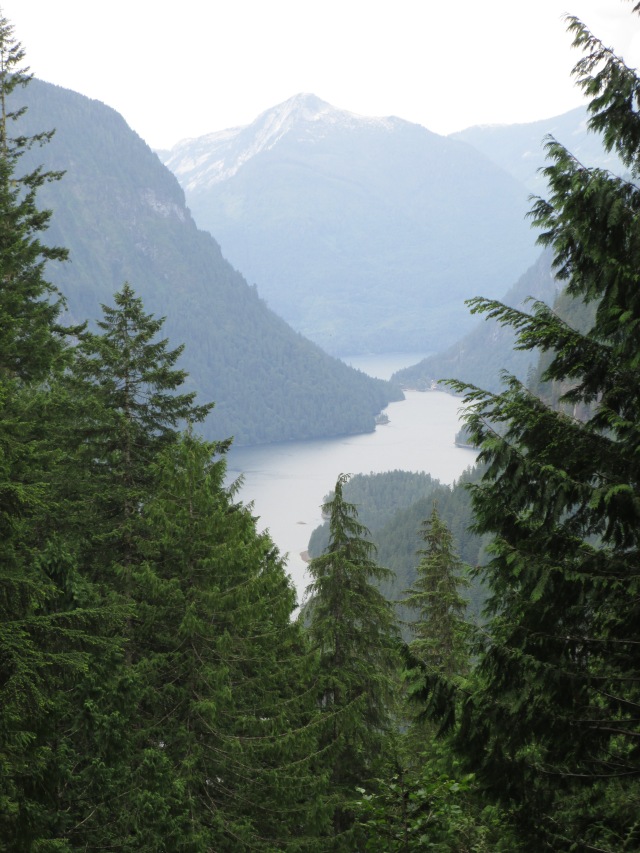 As the summertime approaches in the Pacific Northwest, I am reminded of my first Canadian single-handing expedition in Sampaguita, a 1985 Pacific Seacraft Flicka 20, to the Sunshine Coast. I had read about the cruising destination of Princess Louisa Inlet and fancied a look for myself. There are memories of stopovers, excursions, wildlife, people, sights, and sailing that have flooded back. Upon reviewing the photos, only a fraction of which are included here, the intensity grew. For some, this will sound like a fantasyland, for others, it will be a glimpse of familiarity. Others will think, “been there, done that.” To all, I hope it sparks a memory or provides inspiration.

It was June of 2015, and I had just over three weeks set aside for the voyage. I had been planning all winter, studying Google Earth, Canadian Hydrographic charts, and the Waggoner and Dreamspeaker guidebooks. And of course, getting the boat ready, checking the sails, doing engine maintenance, sussing the anchor, provisioning and whatever else I could think of. I was also working full time, and the month of May had been stressful. After a successful but “seat of the pants” convention trip to Las Vegas, I was hot to get off the dock and on my way.

I recall not yet hitting my anchoring stride, but making the most of the reciprocal moorage agreements of my then club, the South Sound Sailing Society. Stops included the Port of Kingston, the Port of Port Townsend, Lopez Island, the Nanaimo Yacht Club both coming and going, and the Orcas Island Yacht Club.

I used my Washington State Parks Moorage Permit at Stuart Island and Fort Flagler. In Canada, there were dockside and buoy Marine Provincial Park stops at Montague Harbor, Princess Louisa Inlet, Plumper Cove, and Wallace Island, as well as low rent public wharves at Egmont, Snug Cove, and Hope Bay. There were a couple of occasions at Secret Cove Marina and Backeddy Resort where I even paid full price. 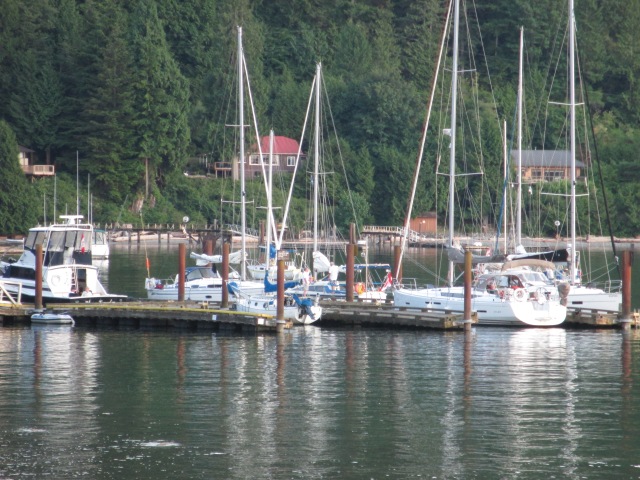 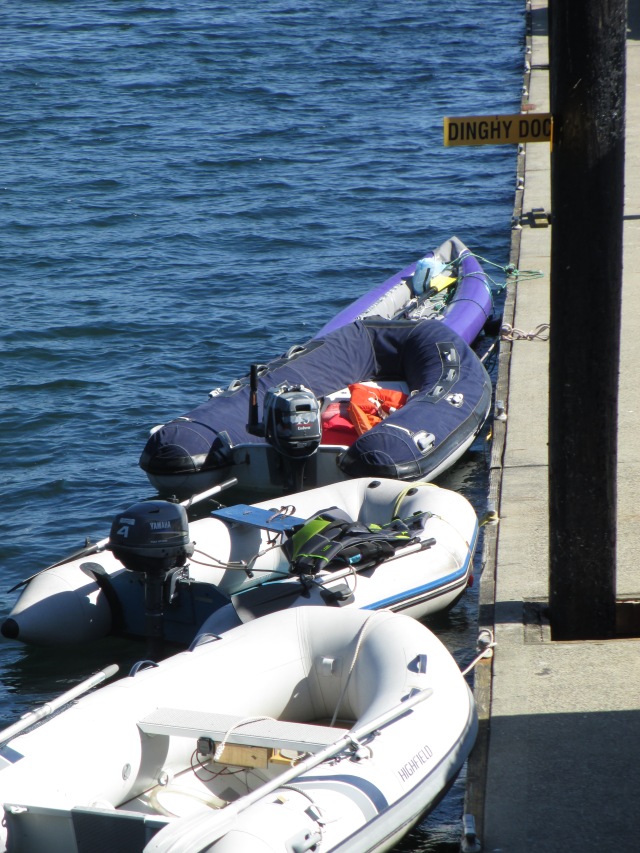 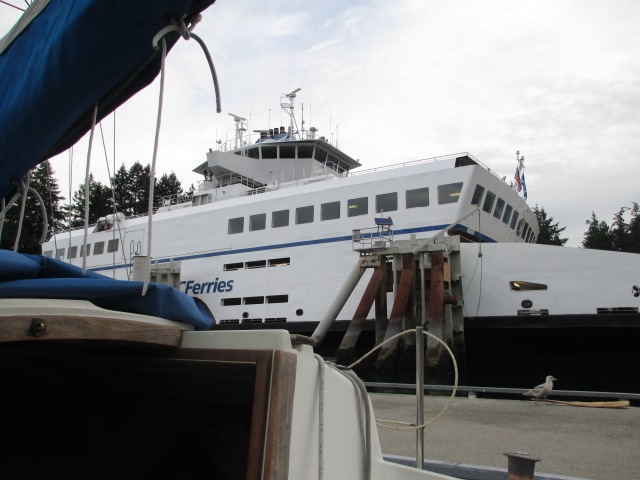 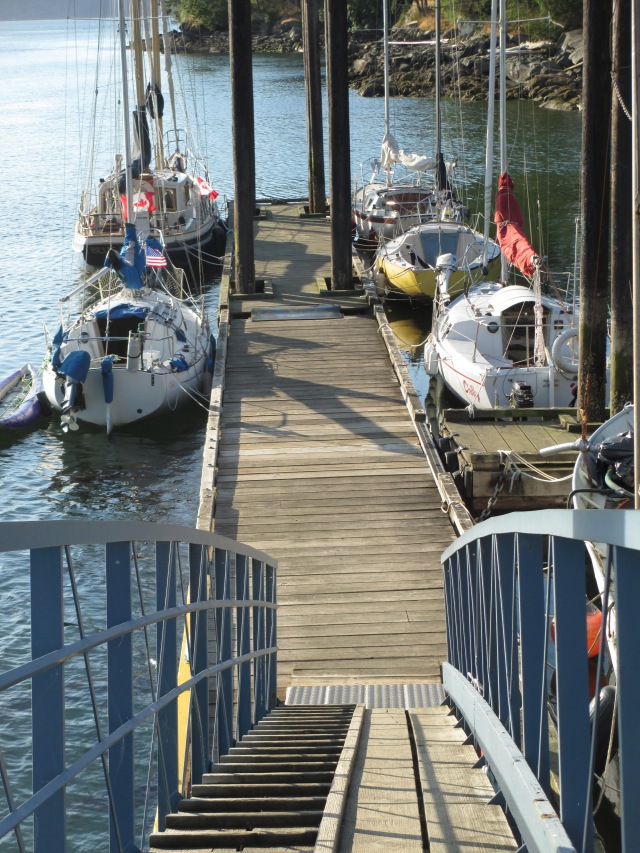 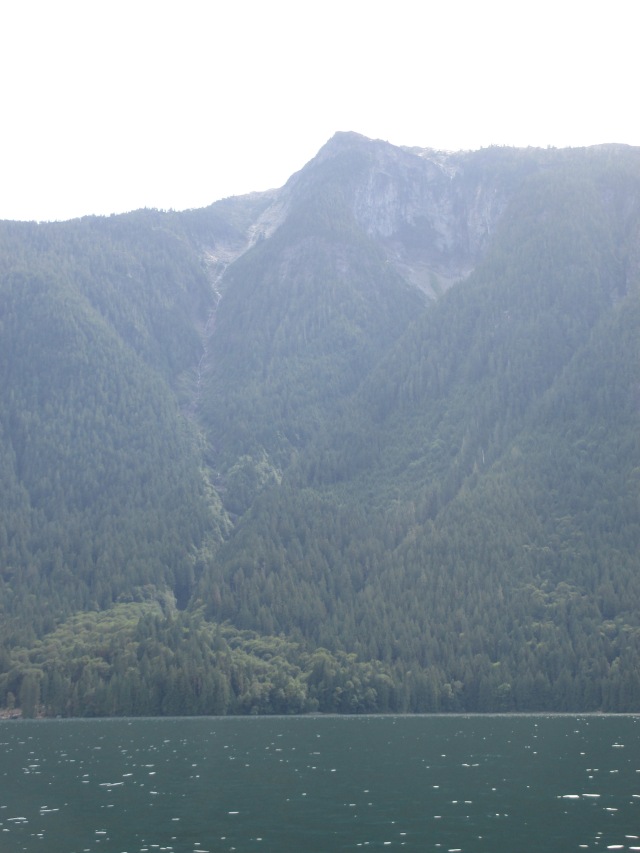 On the back half of the trip, I began stretching my anchoring legs. My first time ever anchoring was at Hardy Island Marine Provincial Park. This involved a stern tie, which was a first too. With that fear conquered, I followed it up at Garden Bay in Pender Harbour, False Creek in downtown Vancouver, and Roche Harbor in the San Juans. 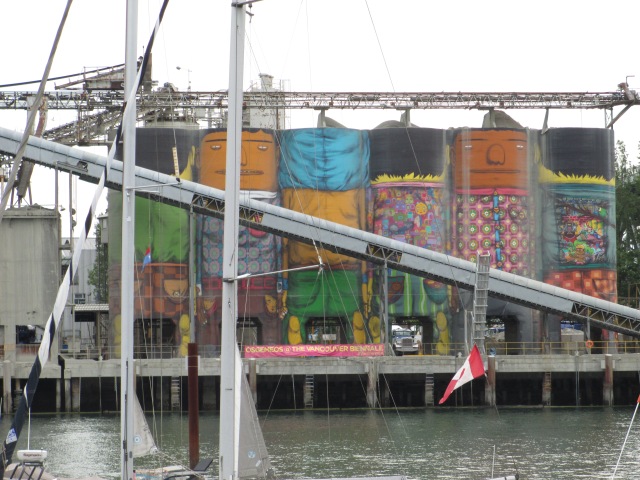 There was some terrific sailing and some iron wind days too. I crossed the Strait of Georgia, not just once, but four times. I was fortunate enough that Whiskey Golf was open on the two occasions I passed that way. Three of those crossings were a mixed bag of sailing and motoring, and one was flat calm. I had my first serious lesson in thermal winds as I ascended Jervis Inlet, which is a comedy in itself, and a second, less serious, but still unexpected, in Howe Sound. “Hmmm, now I get it.” 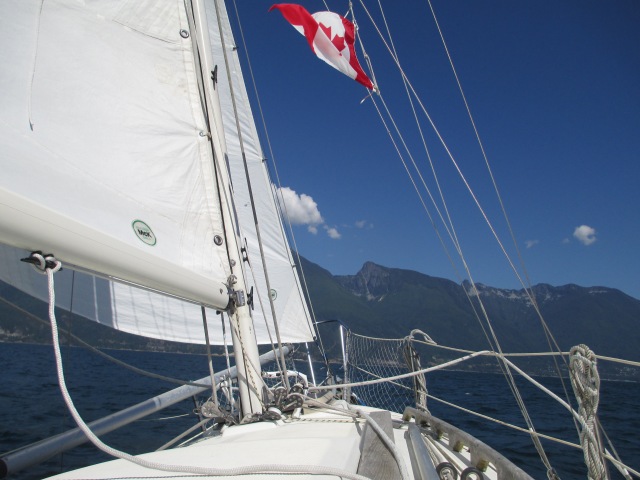 Hmmm, I Actually Went Through Here?

I had great shore excursions too, some on foot and some on the Dahon folding bike which came with the Flicka. I watched kayakers play in the rapids at Skookumchuck Narrows, hiked up to the trapper cabin ruins at Princess Louisa, rode to Turn Point on Stuart Island, and made provision and fuel runs at Nanaimo and Orcas Island. There were hikes on Wallace Island and Pender Harbour, and sightseeing in Vancouver.

I encountered wildlife galore. Seals on Marrowstone Island, deer on Wallace Island, a transient orca in Agamemnon Channel, a pod off of Keats Island, and herons and eagles everywhere. Marine life abound with “belly biology” at the docks, tide pool investigating during shore leaves, and run-ins underway. 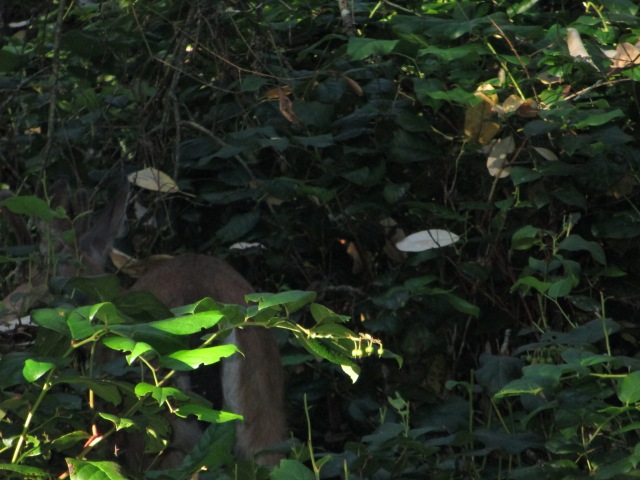 I won’t forget the “not-so-wildlife” and the cast of human characters I met along the way. In Port Townsend, I stopped by Admiral Ship Supply for washers, to do an outboard repair, and propane for the stove. In Nanaimo, there were the geezers with “dock fever” waiting for the 10-knot window to cross the Strait of Georgia. I met a couple at Backeddy Marina in a chartered Benneteau who were caught in the same Jervis Inlet thermals as I, and another young couple from Olympia, who were also members of the South Sound Sailing Society. I first met them at Princess Louisa Inlet, and then again at Orcas Island. While anchored in Roche Harbor, I survived the Tollycraft rendezvous, the cannon report of the Colors Ceremony, and at Fort Flagler, was given a tour of a Pacific Seacraft Mariah. 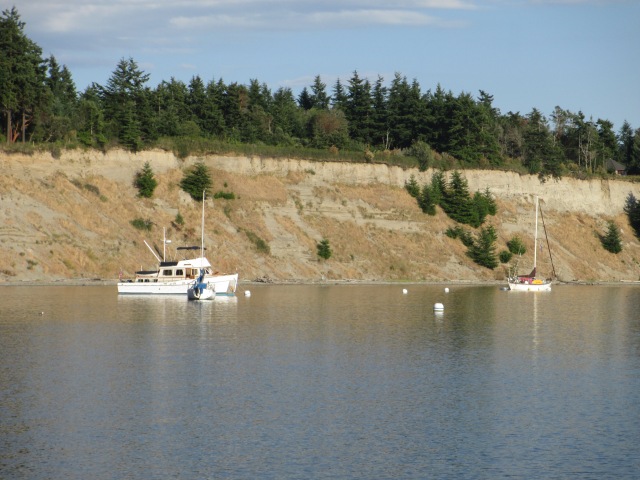 To cover every detail of the expedition here would be epic. My hope was to create a feeling of inspiration and curiosity for you to go and see what is there for yourself. To name places you have heard of, seen on a chart, or map, and said to yourself, “I too, fancy to see what is there.” If you are new to boating, the stories and experiences await you, and if you are a seasoned sailor, you already understand.

As I reminisce over expeditions of the past, simultaneously live in the present, and plan for the future, I am reminded of how inevitable change is. I am glad I got off the dock when I did as the experiences of just four years ago are so much different than the experiences of today. The knowledge gained during the Princess Louisa trip was a stepping stone to expeditions to come. As these steps continue to build on each other, repetition of the time and experience is impossible. There is no going back to the past and no holding up on the future. If you can find a way to go now, GO.